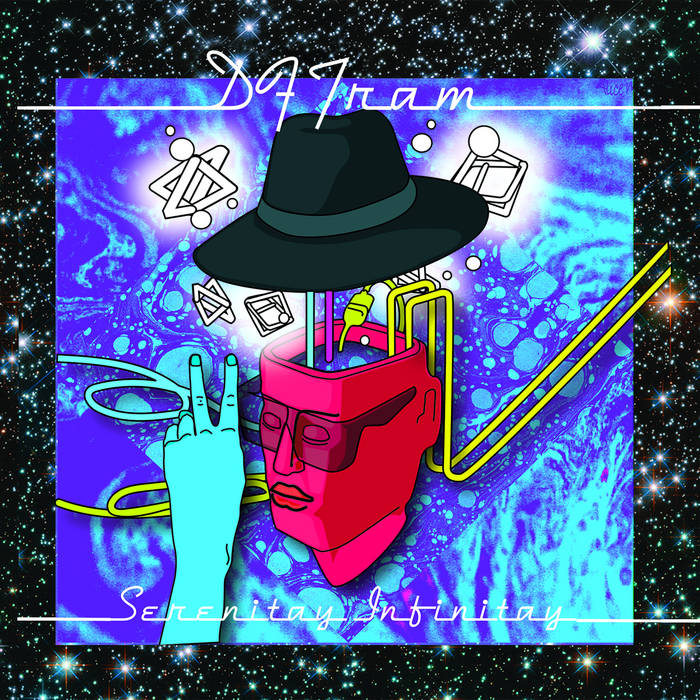 Spotness N Rebel Radio Briiliant super chilled versions of some of his some what chilled tunes from the Album. Great addition and very much in the vein of the for fathers of the scene, with nods to them as he glides his own way through beautiful soundscapes and grooves. Favorite track: Sandcastles (ambient mix).

DF Tram’s new album, his first on Liquid Sound Design, is an ode to easy listening, spoken word, ambient, deep crate digging, and psychedelia. It was written and recorded at DF Tram’s studio in San Francisco, then completed with the help of the wizards at the Liquid Sound Design studio in London, under the production prowess of the label’s head honcho, Youth.

Each track on the album tells a story, and manages to fuse many different genres in the process; from old school ambient, to straight up dub, a true trip for the senses that will surprise the listener with it’s broad sonic palette. The album has 11 tracks, including remixes by The Orb and The Irresistible Force who were instrumental in influencing DF Tram and his eclectic collage style of sounds. The album not only features vocal collaborations with Coppe’ Sweetrice and Lina Fouro on “Honeycomb”, and “Stellar by Starlight”, but also features Maltese Pianist Clifford Borg on “Thousand Knives”, and Youth who lends his talents on bass.

As one of the tracks on the album asks, "Where will you be when the starlight comes?” Hopefully, in chillout euphoria under the guidance of DF Tram…..

I used to be the nightcrawler shaking the hands of time. now I'm the lounge lagarto and out of the subway I climb. From San Francisco to London town my head slightly above the underground.. i'm an audio relic, a tad psychedelic, still searching for that perfect sound. With 11 new songs to get over the hump. one about Brexit and one about Trump. But enough of that lingo. We're all set for bingo. So come along after the jump….

All tracks written by DF Tram.
All tracks produced by DF Tram and Youth.
All tracks mastered by Michael Rendall at Meridian Studios.
Artwork by Shankti Oviedo.(oviedoshankti@gmail.com)
Layout and design by Luke Fitzpatrick.
Publishing on all tracks by Painted Word Music 2018.
Copyright control on all tracks by Liquid Sound Design 2018.